There is no sailing tradition on this second largest Caribbean island like in the former English or French islands of the Lesser Antilles and only a few blue water sailors will cross our paths.

The bay of Samaná in the north and the diverse south coast offer unique beaches, nature parks and culture with a lot of Caribbean flair. The trade winds are often more moderate than in the rest of the Caribbean, ideal for swimming and snorkelling. During our sailing season from January to April it is also mostly dry.

The absolute highlight are the humpback whales in the huge bay of Samaná. Approximately 1/3 of all North Atlantic whales mate and give birth there (Jan - March), which means about 5000 animals that spend at least a few days in these shallow waters. (Mothers with newborn calves stay several weeks). Nowhere else in the world is there such a high probability of sighting these huge - up to 17 m - long marine mammals with their songs and water ballets, in which the animals almost completely catapult themselves out of the water and then dive in again with loud clapping.

The Dominican Republic offers so much more than the well-known all-inclusive hotels! A very varied, diverse landscape from deep depressions and dry areas in the southwest over fertile plains, several large mountain ranges with the highest mountain in the Caribbean, the Pico Duarte with almost 3,100 m, national parks, sugar cane plantations, cattle farms, palm groves, cocoa and tobacco cultivation in the south and east. With about 50 m, the Salto del Limon is one of the highest waterfalls of the Caribbean, with the romantic small island Cayo Levantado one of the favorite places of the advertising film makers, the national park Los Haitises with rock islands and caves, in which rock paintings of the natives can be found,...

Join the CHRONOS on their voyage of discovery! 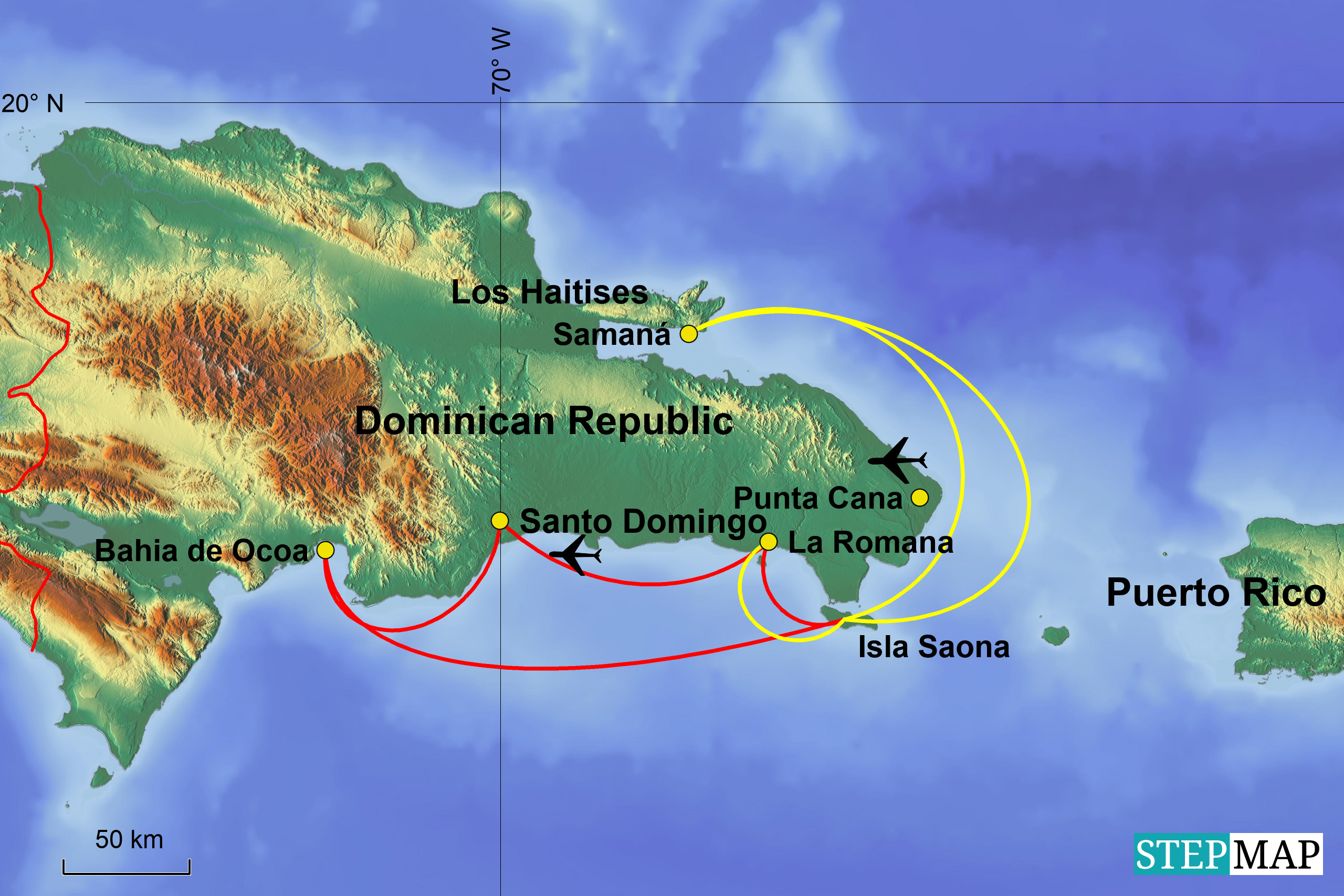 RHEA, CHRONOS and KAIRÓS are sailing ships.
The exact routing depends on the current wind and weather conditions.